The Story of Idea Wall

Idea Wall was born out of a need to solve a practical problem. 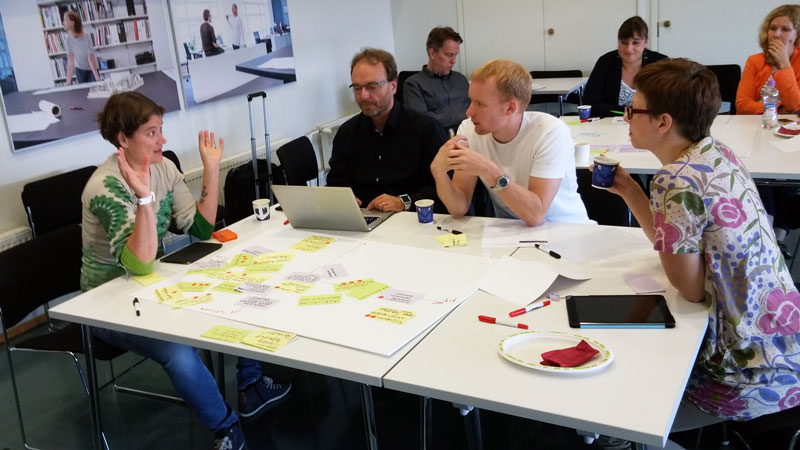 In almost every assignment, there arrives a moment when you have to collect ideas, opinions, and information from a group of people. Sometimes, you can do it in a workshop. Quite often, you have to reach a large number of people either nationally or internationally. The question is always—how?

Looking for a Solution

I have used online survey tools, mind mapping software, social media sites, and collaboration tools to engage participants. Yet, none of them were ideal for my aims.

Surveys allowed me to collect ideas, but the participants could not see or react to each other’s answers. Mind mapping tools were visually great, but sometimes a bit complicated to a casual user and not easy to use on a smartphone. Social media platforms were free to use, but one needed to be a member to participate. Collaboration tools were the most versatile, but still required a user account and remained too complicated for a participant who does not use them regularly.

In summary, I could not find a simple tool that would work like sticky notes for 5 or 500 participants. That’s why I developed Idea Wall.

I coded the first version myself. It was a working prototype, but a few companies wanted to use it, nevertheless.

Customer interest encouraged my company to develop the brainstorming tool into a commercial product. It is a software-as-a-service solution that customers can use to create so-called walls –web pages for open brainstorming.

A wall has a question which participants answer. Their entries then immediately become visible on the wall. The ideas are organized in columns that correspond with the category of the idea. Participants can “like” and comment on the ideas.

Idea Wall follows the same principles as the prototype: it’s ultra-simple, requires no sign-up, works on both desktop and mobile devices, and allows downloading of the results as an Excel file.

One Tool – Many Uses

So far, Idea Wall has loyal customers who use it for a multitude of purposes: team collaboration, brainstorming in workshops, attendee engagement in seminars, and information collection in national campaigns, among others.

I have used Idea Wall in many assignments. For example, a client wanted to engage over 600 employees in an innovation strategy process. Similarly, we asked employees to envision the future in an IT strategy process. On both occasions, Idea Wall ensured that the voices of everybody in the company could be heard.

Users have contributed to the development of Idea Wall by providing feedback and suggesting tweaks and new features. We’ve been able to implement most of their suggestions. However, we’ve resisted the temptation to bloat the tool with too many features. There’s always room for improvement, but simplicity remains our guiding star.

Idea Wall was not the first software tool that I’ve developed. I devised the first version of Thinking Portfolio, software-as-a-service for project and IT portfolio management. It is now a multi-million-dollar business. I’ve also co-developed a pioneering Web survey tool and an iPad app.

Ready To Get Started?

By continuing to use the site, you agree to the use of cookies. more information